Home MANGA The Legend of Maian

The Legend of Maian

A long time ago the world was faced with terror by the witch Felicia Rand Philistin’s ability to summon demons to conquer the nations of Shurian. Under her command were demonic creatures and 11 reger knights who terrorized and destroyed the shurians. Little did Felicia know, her dark reign would soon end. A warrior won and sealed Felicia. People call him Yongja Maian. 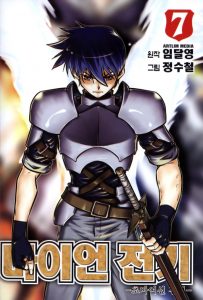 A powerful sorceress, Felicia Rand Philistin, once tried to conquer the nation of Shurian. In her wake of terror and destruction, a single man stood up and rebelled against her oppression and domination. The people called him Maian the Brave (Yongja Maian) and it was he that sealed the evil sorceress.

A thousand years later, Fenix Maian in a strange twist of fate releases the sealed sorceress that his ancestors have tried so hard to keep imprisoned. Now he has to keep the sorceress from taking over the world once again…