Talking about One Piece

Talking about One Piece: The situation in Devil Island is very tense, when will Zoro and Luffy be able to return to fight again?

It might take quite a while before Luffy and Zoro get back to fighting.

In One Piece, Luffy and Zoro used to be cool against Kaido, but now both are injured. Instead, Luffy fell off Onigashima, so even if he was saved at sea by Law’s crew, getting back to Onigashima again would take a lot of time and effort.

So when do you think Luffy and Zoro will come back to fight Kaido? Let’s take a look at a few possible scenarios below!

1. Maybe we’ll see the fall of Tobi Roppo and the Calamity under Kaido first 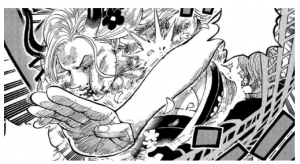 One Piece: The situation in Devil Island is very tense, when will Zoro and Luffy return to fight again? – Photo 1.
I think the author Oda getting Zoro injured and Luffy falling is his way of giving the other Straw Hats time to shine. Therefore, I don’t think Luffy and Zoro will return to fight again until the other Straw Hats finish their duel with Kaido’s top underlings.

So far, we’ve seen Sanji fight Queen. Then there was the match between Jinbe and Who’s Who that didn’t get much attention. There is also a duel of Nico Robin and Brook against Black Maria. And don’t forget Franky and Sasaki too.

In addition to the Straw Hats, there is Law and Kid fighting against Big Mom. As well as Marco – who seems to be fighting King. Then there is also Yamat – who tries to face his father – Kaido.

I guess after all these battles are over, there will be a general war against Kaido. And Luffy and Zoro need to be the last to strike.

So if you’re a fan of Zoro or Luffy, you should probably enjoy the other characters’ battles first while you wait for them to return.

2. There’s still a chance that Zoro will come back first 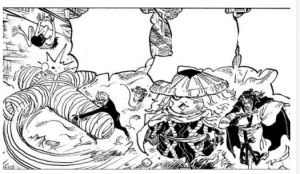 One Piece: The situation in Devil Island is very tense, when will Zoro and Luffy return to fight again? – Photo 2.
It’s possible that Zoro will act sooner than Luffy. The reason is because he is still in Onigashima, unlike Luffy who fell into the sea. Currently Zoro is also being cared for by Chopper, so perhaps the injury will heal quickly.

Even given the current situation I suspect that he might be able to help Sanji fight Queen if Chopper’s treatment ends quickly.

However I suspect that Zoro stood up to fight again not because he recovered, but because he forced himself due to the need of the battle. Which means that maybe Zoro’s situation will be similar to the time in Sabaody. Zoro was still badly injured, but forced himself to fight. 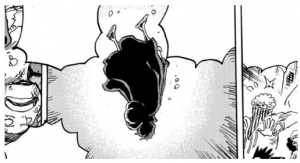 One Piece: The situation in Devil Island is very tense, when will Zoro and Luffy return to fight again? – Photo 3.
Luffy can really be like a hero who will show up at the last minute. It is possible that after a general attack against Kaido, all fell, and Luffy appeared at the last moment, bringing hope and great strength to help our side win.

Because with the current situation, Luffy needs to be treated first. After that, he and Law’s crew would probably head to the Chinese capital first to meet Onigashima. Then Luffy’s journey will also be highlighted. It’s even possible that Luffy will get distracted by something else first. For example, the case where the town of Okobore burned down, or he found the survivors of Okobore after the massacre.

And I suspect that even if Luffy doesn’t return to Onigashima, Oda will still give him attention after he recovers.

Above is my theory about when Luffy and Zoro will return to fight. If that’s true, maybe in 1-2 months we still won’t see Luffy and Zoro clash with Kaido.