The latest, most accurate spoiler information and everything you need to know about Tokyo Revengers chapter 211.

After receiving Draken’s phone call, Takemichi goes to the rendezvous point to meet former deputy minister Toman. After two years, Draken looked more handsome and somewhat taller than before. He is currently working at a car repair shop. When Takemichi arrived, Draken was remodeling Mikey’s CB250T. 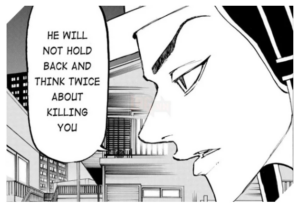 Takemichi was delighted to see Drake again. The two then drove and talked to each other. Takemichi shares all the information he has about the future with Draken. Despite knowing things would be bad for Mikey, Draken said there was nothing they could do because the Toman members were all good people but Mikey had chosen a different path from the start.

That’s why Mikey left us.

Draken advises Takemichi to give up. They were driving when they saw Inui – who had been beaten and bruised. Right after that, they were surrounded by the Tokuhara Tandai gang – The Six Paradox. The leader of this gang – South Terano also appeared. He’s even bigger than Draken. Terano is trying to recruit Draken. 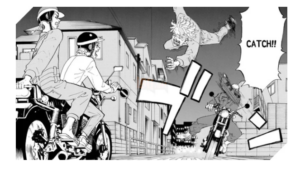 Tokyo Revengers chapter 210 ends here. Chapter 211 to be released next week will have a special coloring page.

Tokyo Revengers chapter 211 revolves around the confrontation between Terano and Draken. In order to become stronger, Terano needed Draken in his gang. This guy also makes it clear that he wants to create a new age for dishonesty (similar to what Toman aimed at before). It was also for this reason that Terano came to Tokyo.

Terano tries to convince Draken. It seems that he is trying to increase the strength of the Tokuhara Tandai gang to “clean up” Brahma and Kanto Manji. Draken flatly refused. He said that he had already withdrawn from the world of dishonesty, so Terano should not waste any more time. Feeling unable to recruit Draken with his mouth, Terano switched to using his limbs. Terano VS Draken! 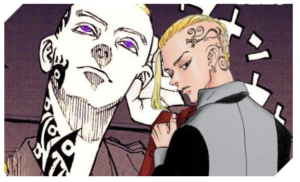 Despite losing in appearance and having “washed his hands” for 2 years, Draken is still strong enough to fight Terano. The battle between the characters took place extremely fiercely. Takemichi is (as usual) just an observer. Spoiler Tokyo Revengers chapter 211 ends here temporarily. Spoiler details will be updated as soon as possible.