Home Spoiler One Piece chap 1017: Who’s Who turns out to be CP*. The Truth About Luffy’s Devil Fruit!

Spoiler One Piece chap 1017: Who’s Who turns out to be CP*. The Truth About Luffy’s Devil Fruit!

The latest, most accurate spoiler information and all you need to know about One Piece chapter 1017. New details will be updated as soon as possible.
One Piece Chapter 1017 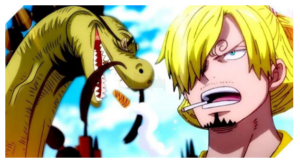 The chapter begins with the situation in the hall. Under Tama’s command and a presentation that made the “sharks” excited, all the people who had eaten the cake became allies of the samurai. The world of war is once again fluctuating!

In one dialogue, we are told that Luffy has been saved (who said that is unknown). Elsewhere, Queen transforms into a demi-human form and fights Sanji. As for Chopper, we know that Rumble Ball will have side effects if used for more than 30 minutes. It seems Chopper is currently suffering the consequences of a “drug overdose”. 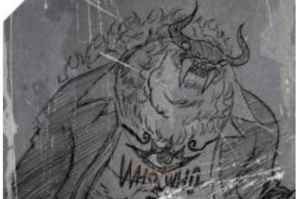 The next chapter brings us to the match between Who’s Who and Jinbe. The confrontation revealed that Who’s Who was a “graduate” of CP9 so he could use the organization’s signature fighting techniques. Then, Tobi Roppo changed to his hybrid form and…continued to talk to Jinbe.

Who’s Who reveals that twelve years ago, he was jailed for a mistake. This mistake is related to a special Devil Fruit that the World Government “administers”. Looks like it’s Luffy’s Gomu Gomu No Mi!