Home MANGA NEWS One Piece: Top 5 most anticipated battles to end the Wano arc, which confrontation are you most looking forward to?

One Piece: Top 5 most anticipated battles to end the Wano arc, which confrontation are you most looking forward to?

One Piece: Top 5 most anticipated battles to end the Wano arc, which confrontation are you most looking forward to?

These five battles will determine the future of the country of Wano as well as the outcome of what is said to be the biggest battle ever in One Piece.

Up to now, 6 members of Tobi Roppo’s force have suffered serious losses. The sister couple Ulti and Page One were defeated (Page One was defeated by Big Mom and Ulti was defeated by Nami). Thus, one of the most elite forces of the Yonko Kaido left 3 people (X-Drake betrayed) including: Who Who, Sasaki, Black Maria. Currently Who Who is fighting Jinbei, Sasaki is facing Franky and Black Maria is facing Robin and Brook. 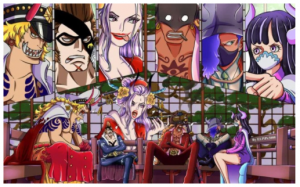 In the coming chapters, the outcome of these three confrontations will be discussed. If Who Who, Sasaki, and Black Maria are also defeated, it is likely that Tobi Roppo’s forces under Kaido will be completely neutralized.

This will be the battle between the 2 blonde guys who are “dumped” the most in the 2 Straw Hats and Beasts. Currently, Luffy and Zoro have been shown their abilities and are recovering, this is the right condition for Sanji to shine. The Plague Queen is one of the trio of ears second only to Kaido, it will be very difficult for the Straw Hat chef to defeat the Queen. However, with the current strength and extremely powerful suit, Sanji will have enough strength and calculation to defeat one of these three ears. 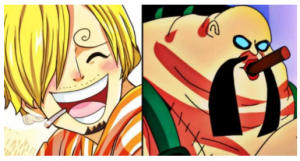 This is one of the most anticipated matches from the beginning of the Wano arc so far. From the time Marco appeared, many viewers had expected that there would be a confrontation between the two captains who were considered the strongest under the two Yonko, Kaido and Whitebeard. Now that Queen has Sanji to take care of, it’s time for Marco to use all his strength and have a “good enough” performance with King to eliminate the second strongest of the Beasts Kaido from the battle at Wano.

The 2 Yonko Alliance is too strong for the Supernovas that are present in Wano. They succeeded in separating Kaido and Big Mom, but the battle with each Yonko is still facing many difficulties. Big Mom is currently being fought by Kid and most recently Law. Although there has been a lot of progress in strength, it will be difficult for Law and Kid to do anything to Big Mom. However, Yonko Big Mom is a rather subjective character and reveals many loopholes in combat while Law is a person who knows how to choose the time and many intrigues. It is possible that Kid and Law will have a perfect plan to hold back and remove Big Mom’s influence from the battle in Wano Country. 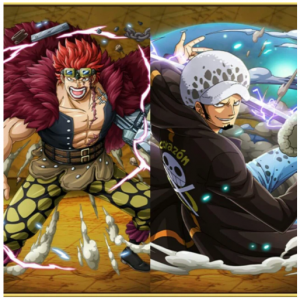 Of course, this is the most anticipated battle of the Wano arc and also the key to solving all the problems related to this kingdom. Currently Luffy is being treated for his injuries, Yamato will be the one to stand up to fight Kaido. It will take some time before Luffy returns and together with Yamato eliminate Kaido from Wano Country. Surely the combination of Yamato and Luffy will be what many One Piece fans expect the most at this time. Only when Kaido is defeated can the story at Wano come to an end. 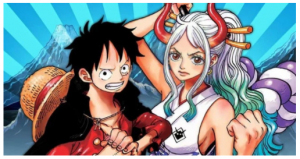