One Piece: Sanji’s father and Germa 66’s family will go to Wano?

One Piece: Sanji’s father and Germa 66’s family will go to Wano to assist the blonde in defeating the Queen?

Is this going to happen when Queen has repeatedly mentioned Sanji as the son of Vinsmoke Judge?

As we all know, in One Piece chapter 1015, Sanji made a very cool appearance and attacked the Plague Queen, one of the three three ears under Kaido. Despite making many One Piece readers excited and Queen herself also suffering the consequences of the Straw Hat chef’s attack, it will not be easy for Sanji to defeat this opponent. . 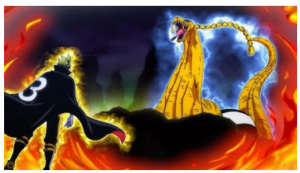 One Piece: Sanji’s father and Germa 66’s family will go to Wano to assist the blonde in defeating the Queen? – Photo 1.
Queen is an Ancient Dinosaur Zoan Devil Fruit eater, which allows him to become one of the most capable of the Beasts.

The proof is that even though she has suffered many blows from members of the anti-Kaido alliance, Queen is still very healthy and strong now. The important thing is if Sanji is not strong enough to defeat the Queen and needs help, who is that force?

The answer may already be in the small hints that Oda created. In the previous chapters we have seen Queen mention Sanji and call him son of Vinsmoke Judge when he holds the wanted posters of the Straw Hats. And this detail continues again in One Piece chapter 1015 when Queen calls the blonde Straw Hat guy son of Vinsmoke Judge instead of Sanji. Maybe Oda did not create these details by accident, in the past Queen knew Vinsmoke Judge, Sanji’s father and something happened between the two. As a scientist, it wouldn’t be too surprising if Queen knew about Sanji’s father, one of the most famous scientists in One Piece. 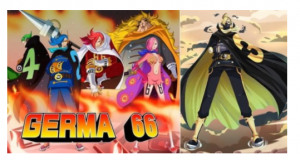 One Piece: Sanji’s father and Germa 66’s family will go to Wano to assist the blonde in defeating the Queen? – Photo 3.
So most likely, the above hint of Oda is to create the premise for the return of Vinsmoke Judge as well as the Germa 66 family, a force that so far has not had much acting ground in One Piece.

With his personality and a grudge against his son in the past, Vinsmoke Judge was able to come to Wano not to save Sanji but to avenge Big Mom, who tricked them at Cake Island and is also present in the island. Wano.

Queen has always mentioned Vinsmoke Judge, it is possible that in Sanji’s most dangerous moments, Sanji’s father and Germa 66 family members will appear and rescue the Straw Hat chef from the danger. the attack of the three ears under Kaido’s command. What do you think about the above, will Sanji’s Father and Germa 66’s family come to Wano to assist Sanji in defeating Queen? Please leave your comments!