Home MANGA NEWS One Piece: If this realm is achieved, Chopper’s “monster” form will be so powerful that it can overwhelm any opponent?

One Piece: If this realm is achieved, Chopper’s “monster” form will be so powerful that it can overwhelm any opponent?

We recently learned that Caesar Clown previously helped prolong his transformation thanks to Chopper’s Rumble Ball. This shows that his Monster Point status can be even more terrifying.

In One Piece, Chopper is the doctor of the Straw Hats, he has a wide knowledge of food and medicine as well as apothecary, creating quick potions from fruits, roots or vegetables found on the planet. most of the islands. Chopper has the power of the animal-type Hito Hito no Mi, which allows the user to transform into a half-human, half-animal or full human form. 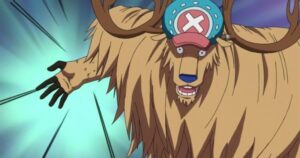 In combat, he also uses his Devil Fruit powers to fight enemies with the power to transform into shapes suited to the situation. Besides Chopper has invented a potion called the Rumble Ball, which can bend the wavelength of the Devil Fruit’s transformation and allow him to transform into another form for three minutes. But it also has the downside that it can make him lose control and turn into a monster if overdosed.

However, we recently learned that Caesar Clown previously helped prolong the ability to transform thanks to Chopper’s Rumble Ball. This shows that his “monster” status will be even more terrifying. So what exactly is it, let’s find out together! 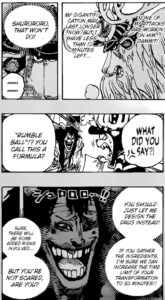 An amazing thing is that Chopper’s transformation time is now 30 minutes, not 3 minutes like before. This is thanks to Caesar Clown, he has helped the Rumble Ball’s duration to last up to 30 minutes.

However, this addition still has some risks so far, Chopper has become tired despite having 10 minutes left. Meanwhile, the opponent Queen is still unharmed. We saw this in Chapter One Piece 1014. 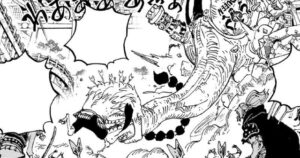 And as we said above when using Rumble Ball, the downside is that it can make him lose control and turn into a monster. So with the new enhanced strength, there are bound to be side effects as well.

Initially Chopper was also very worried that he would not be able to use the Monster Point status for more than three minutes. Besides this new Rumble Ball has been warned by Caesar from the beginning that it also has some risks. It could be that as time runs out, or when time runs out, the worst will happen to Chopper.

However that is the worst possible situation, and I think that after this side effect there may be an extremely powerful, terrible Monster Point state and of course it also makes Chopper lose again. control as before. 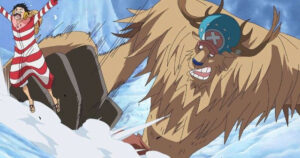 From the outset, the Rumble Ball ran the risk that Chopper could only be used for six hours at a time and had to be carefully monitored. If he takes 2 pills within 6 hours, he will not be able to control the form he will transform. And if Chopper takes the 3rd pill, he will completely lose control and only know how to smash things around as well as damage his life and body.

Even if that happens after Chopper returns to his normal form, he can still lose control from being in the Monster Point state for too long. But if Monster Point is now changed and can increase Chopper fearlessly, then this is not a bad thing. Because if Chopper really wants to hold back or defeat stronger opponents then he definitely needs a new status, such as “Mutant Monster Point”.

It would be really interesting if this Chopper status could be shown, it would definitely make the Straw Hat Pirates even more powerful as their members now all have enhanced powers. new strong.