Home MANGA One Piece Chapter 1014: Revealing the connection between “Joy Boy” and Luffy through Kaido’s eyes

One Piece Chapter 1014: Revealing the connection between “Joy Boy” and Luffy through Kaido’s eyes

Is Joy Boy really one person, or are there countless people who used to be Joy Boy?

In One Piece chapter 1014, Kaido looked at Luffy as he fell into the sea and mentioned that Luffy couldn’t be “Joy Boy”. This caused the fandom of One Piece to become a stir because this was the first time the name Joy Boy was mentioned by someone who seemed to have nothing to do with it. So, what did Kaido see in Luffy, and why did he think of Joy Boy when he saw Luffy? Now let’s find out.

First, who is Joy Boy?

Joy Boy is a mysterious name living somewhere in the empty century more than 800 years ago. What we know about Joy Boy now is that he is directly related to the giant Noah’s ark on Fish-Man Island. It was made by the people on the island during the Empty Century period (about 800 years ago) with the purpose of transporting all inhabitants from the seabed to the surface, living peacefully with humans.

In chapter 967, the name Joy Boy continues to be mentioned when Oda reveals that he is the real owner of the One Piece treasure. Up until now, we all thought Joy Boy was someone’s name or title, but judging by Kaido’s mention of Luffy becoming Joy Boy, it seems the name wasn’t just given to one person. It is a title, a mission passed on to the chosen people of history. In it, the owner of the hat in Mary Geoise, or even Roger may have been a “Joy Boy”, but he also failed in his mission, similar to the Joy Boy of 800 years ago. Therefore, he decided to use his death to “find” a second Joy Boy. That person was Luffy.

The strange relationship and similarities between Roger and Luffy

We all know about the legend that the people of the D. family are those who have a mission to oppose “God”, or the Heavenly Dragons. In it, prominent people like Roger or Luffy, are most likely “the chosen one” to become Joy Boy, when Roger and Luffy are both guys from the East with straw hats on their heads and radiant personalities. bright with a smile for a burning belief about the things no one dares to do.

If you follow this line of thinking, it is likely that Joy Boy, the owner of the straw hat in Mary Geoise, will also carry this model. Even Joy Boy and the owner of the hat could be one. Because, the name Joy Boy itself means “Happy Boy”, this is inherently the typical characteristic of both Luffy and Roger. The straw hat itself is something associated with both Roger and Luffy. 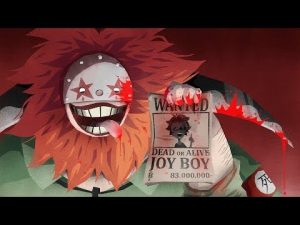 One Piece chapter 1014: Revealing the connection between “Joy Boy” and Luffy through Kaido’s eyes – Picture 2.

Perhaps, the mission of the Joy Boys through each period is to find a way to bring “Dawn” to this world, when the former falls, the latter inherit. Then, before leaving, they all leave clues and indications to build up a real “Dawn”. Since then, we all know that Luffy was influenced by Shanks and the era of pirates from Roger’s last words. So where was Roger influenced? Is it from the owner of the hat in the church Mary Geoise – who also missed the way to find the blank history and lead Roger to continue it. And Roger has really taken great steps, but in the end, Roger is still not Mabus, he accepts to stop and leave his will and belief to the next generation. 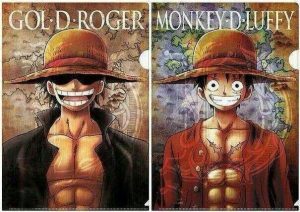 One Piece chapter 1014: Revealing the connection between “Joy Boy” and Luffy through Kaido’s eyes – Picture 3.

At this point, finding the One Piece treasure will not be the end of everything. It’s just a magnet for Luffy to complete all the things that the “forerunners” have unfinished for so long, which is to fulfill Joyboy’s promise and “against God” – missions that only Only the truly chosen can accomplish it.

Source: Association of people who eat and sleep with One Piece