Accepting the sacrifice of their lives, Naruto and the Nine-Tails achieved a new form of fighting. Will the Seventh die or Isshiki annihilated first? What will happen in Boruto chapter 52?

Boruto realized why Isshiki didn’t dare to kill him. During the confrontation with Boro, he said: “I will bring both you and Kawaki back, take good care of you because you two are very important to our plan”. Because of that statement, Boruto assumed that Isshiki needed him to live. 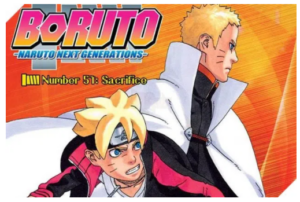 In Konoha, Amado attributed the growth of the Ten-Tails to Isshiki’s actions this time. He revealed, “In order to make the Ten-Tails turn into a tree, it must be ‘fed’ with a living Otsutsuki”. Amado guessed that Isshiki was trying to keep Boruto alive, waiting for Momotsuki to take him before giving him to the Ten-Tails.

Return to the fight with Isshiki. Using his own life, Boruto threatened Isshiki and forced him to stop. Isshiki reacted by slamming Sasuke into the ground and burying him. Boruto sent the Rasengan to attack but failed. Isshiki broke his arm and kicked Boruto in the stomach. 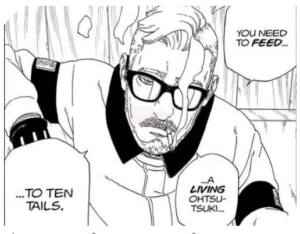 As for Naruto, he was still messing around with Isshiki’s jutsu. Realizing that the chances of victory were not high, Naruto was still determined to fight with all his might. Kurama asked, “There’s still a way. Are you ready to die?” Next, we see Naruto fly forward and hit Isshiki in the face, sending him flying far away. Naruto signaled to the Nine-Tails, willing to sacrifice himself to destroy Isshiki. The power from Kurama overflowed, turning into a layer of chakra enveloping Naruto.

This transformation was completely different from what Naruto had shown when both Sasuke and Isshiki were surprised by the power it radiated. The chapter ends here. Naruto finally regained his prestige. This is a form we have never seen before. Surely with this move, Naruto will make it difficult for Isshiki, forcing him to the end or not? 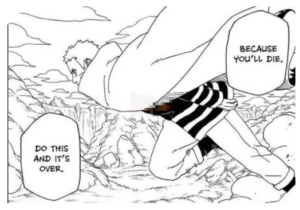 According to Kurama, this power seems to not only absorb Naruto’s chakra, but also use his life force as energy. If this is true then the longer the match goes on, the weaker Naruto will be. It would be safest if Naruto could completely destroy Isshiki early on.

Naruto’s chance of winning this battle is quite high. However, Isshiki will surely find a way out of the war and find Kawaki. He will give it to Kawaki Karma, which leads to the fight in the first chapter. Maybe Naruto will die in the next few chapters. The Seventh will hand over his son and Konoha to Sasuke. 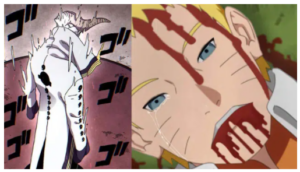 Will Naruto have to sacrifice to defeat Isshiki?

Boruto chapter 52 is scheduled to be released on November 20. We will update with the latest information about this new chapter that promises to be very interesting. What do you think about the content of Boruto chapter 52, leave your opinion by commenting at the bottom of the article!